The Real Reason You're Still Overweight

With such spending in these rapidly growing industries, you would expect most people to be walking around with six-pack abs looking completely ripped. Instead:

The numbers are growing in all demographics.

The sad truth is that the majority of overweight people will never lose the weight and enjoy the benefits of being at their ideal weight and optimal health.

Most will go through the rest of their lives beating themselves up as they look in their mirrors with feelings of shame and hopelessness, believing that they have no way out of the predicament that fate has decided.

This is a common assumption that simply isn't true.

Only around 5% of all people with a weight loss goal achieve their ideal weight and keep the weight off permanently.​

Continue reading to learn how the successful 5% separate themselves from the rest of the pack to live healthier happier lives.

It would be easy to point the finger of blame at the weight loss and fitness industries for not doing as they promised. It cannot be denied that they do play a role in this travesty, but they are not completely to blame.

Leaving these industries out of the equation for a minute, the real reason why most people struggle to achieve their weight loss goal is largely due to their adamant reluctance to change their lifestyles.

It’s a bitter pill to swallow, and most overweight people do not want to face up to this truth.

They have a long list of excuses as to why they can’t lose weight, and they’re sticking to them.

Excuses are hard to accept when losing weight is a very attainable goal not out of anyone’s reach.

Tell yourself a lie long enough and you start to believe it.

The Truth Shall Set You Free

How many of us have dreams of achieving something great in our lives, but allow our fear of the unknown, and our reluctance to change, to never bring those dreams into fruition?

That killer screenplay or best-selling book that would make millions and allow financial freedom.

The business idea that could change the world - if I could just get off my butt and start it.

Unfortunately, most dreams, including the one to lose weight, are buried in the cemetery of fear and a reluctance to change.

Turn on your TV or go to the internet, and you are constantly bombarded with the weight loss and fitness industries well-placed stimuli.

Your feelings of hopelessness, fuelled by your desperation, causes you to be easily manipulated into buying useless products that will never make any weight loss goal achievable.

The need for instant gratification has led to most people’s need to cut corners.

We want everything, and we want it yesterday.

Most of us are drawn in by cleverly created slogans that throw out words like:

Most people are looking for quick fix weight loss methods, which require no effort.

Most people take an unrealistic approach to losing weight.

They gained weight over an extended period of time, but then expect to lose it all in a matter of weeks.

They would gladly waste their hard-earned money on things like supplements made from the extract of a so-called ‘super food’ that is ‘proven’ to quickly burn away unsightly belly fat. Proven by who?

They fantasize about the vibrating belt or ab machine in the late night infomercial burning away that unsightly belly fat while they sit on their sofas consistently gorging themselves on everything they know they shouldn’t be eating or drinking.

They keep themselves firmly fixed in the frustrated cycle of being overweight, sometimes through ignorance, but most times because of their reluctance to change.

Some people may make half-hearted attempts at changing their lifestyles, but because of their lack of patience and consistency, they fail to break the cycle of weight gain and reap the benefits of a very achievable new body.

These words however don’t bring in huge profits.

I recently watched an advert on YouTube for a weight loss supplement that actually said something on the lines of, “…and you don’t need to change your lifestyle”

I was so angry I almost punched my computer screen.

How do they get away with this level of misinformation?!

How many of my friends and family (especially women) do you think I see posting things on their Facebook timelines showing the new herbal detox product they are doing for 4 weeks to lose weight? A lot!

Even if some people using these gimmick products initially lose some weight, they more times than not, go back to where they were after a short while, usually gaining more weight than they had originally lost.

After finishing my workout one day, I had to walk past the stand of a company that had set up in the gym to promote a vibrating pad gadget that has a very famous European soccer player helping to promote it.

The representative asked me if I wanted to try it.

I politely declined and told him that I already have a six pack.

I asked him if he had a six pack.

It was of course a rhetorical question…

I walked away shaking my head, because not even the representative of a product that promises to burn away that unsightly belly fat and give you that lean sexy look has the body to support the sales pitch.

I can guarantee you that the fitness models or celebrities used to promote these products did NOT get their physiques by using these products.

The only thing guaranteed by those types of products is continued failure and frustration.

“It’s never too late to be what you might have become.” – George Eliot

So what separates the successful 5% from the rest of the pack?

"The dictionary is the only place where success comes before work." - Arthur Brisbane​

If you have a weight loss goal, ask yourself these 3 VERY IMPORTANT QUESTIONS. 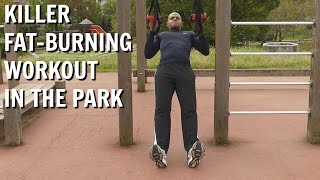 Working Out In The Park | Jungle Gym XT 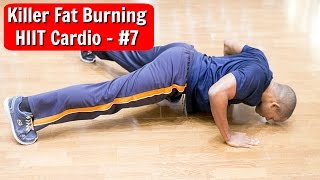 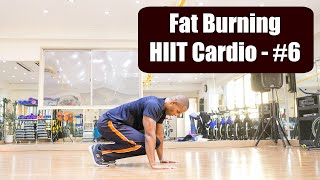 You Have The Power To Change Your Life